Saturday was the HON (Hands on Nashville) annual HON day!  Boy, what an amazing turnout citywide!  Over 2,000 volunteers gave over 8,000 hours of work!!  Isn't that amazing!  Just imagine if we all accepted that mindset what we could accomplish as a group, a family, a city or more-so...as a Nation!
I chose to volunteer at a local school.  Antioch High School.
They needed painting (LOTS of painting and landscaping)

We were able to have multiple conversations as we painted!  In fact, one of the men volunteering next to me was the son of my sisters 2nd grade teacher, Mrs. Gardner.  Connie would LOVE to see Mrs. Gardner and we just might be able to pull this off and surprise her one Saturday!!  It amazed me that the school had so much work that needed to get done! This school is only a few years old.  Where are the parents?  Where are the committees that we had growing up?

I made a comment that the painting would be a great "punishment" other than sitting in a study-hall for an hour for skipping school.  Wow...that comment got many different responses!   My kids did not graduate from this particular high school, I chose it as it was nearest to my mothers home as that's where I was heading after our project.  People couldn't believe that!  Really??  Do people only volunteer where they know someone? To me that's the part of the enjoyment, meeting new people!  One lady stated she "had" to do so many hours of public service as part of her employment contract with a local company.  Now that is not what I, personally, consider true volunteering and I say that because she had a real attiude with having to do this twice a year. Another woman stated that this was part of her "community service" after being convicted of a DUI.   I don't want to come off sounding like I'm standing on my soapbox and judging, yet, it is apparent that my idea of volunteering is considerably different than these two women my age.  There was one young lady in our group that was 25, in college, working two jobs who also brought her younger brother with her.  She had the most contagious and giving attitude!  Her outlook really made my day that much more enjoyable!  She was the "poster child" of being a true volunteer!  What a blessing it was to spend the later part of my morning with her and her brother!

To summarize my day...It was great!  A little controversial conversation with others can be a great thing.  It opened my eyes to different views and the reasons behind other peoples decisions.  Although I may not totally agree or be right in my opinion, it is nice to see how diverse the world is.  It's what makes us all unique. I will continue to give of my time or skills whenever/however I can.  Being "needed" is one of the reasons I chose to be a nurse years ago.  Volunteering became a passion after we lost our home.  A time when so many friends/family & strangers donated items, time and services to help us rebuild.

Whatever your idea of volunteering is, DO IT!  Rather it's an hour, a couple a days a year due to a contractual agreement or because a friend talked you into it....DO IT!!  The reward comes from inside and to me that's what counts! 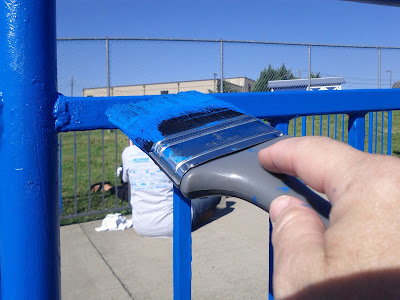 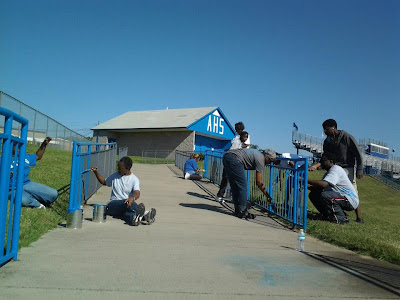 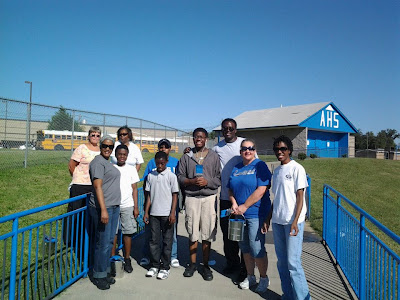