If you're not an avid zoo goer but have grandchildren...let me suggest that you put this on your summer to do list!  We use to go regularly when the kids were small and quite honestly, I kinda forgot about the zoo until the grand-babies came along.
The Nashville Zoo at Grassmere has a wonderful membership program and it's such a reasonable price!  As for the your own monkeys....load those grands up in the car and let them run off all that energy you wish you had while enjoying being outdoors and learning a little along the way!!  I can't stand the thought of the kids being video gamer junkies and staying indoors all summer!!
We loaded up the cars and had a mothers day with Stephanie's sister-in-law, Stacy, her son Jaxon and her newborn Sydney.  Nikki, Stephanie's close friend and little Miss Bella were meeting up with us also.   Kiddy songs filled the radio for the ride as we were thrilled to be going back until we pulled into the turn lane and saw the endless convoy of school buses!  Uh-oh...we totally forgot about it being the last week of school!  I've never seen so many school buses and children at one place.  WOW!  The up side was once we entered (having passes you don't have to stand in line!) the grounds are so spread out that you really don't notice all those visiting.  On a couple of occasions I recall asking, "Where are all those kids?"  By 1pm the zoo was almost vacant and it felt like we had it to ourselves.
Grassmere, as it's often referred to instead of the Nashville Zoo has got a good thing going on here.  The animals of course were great fun to watch and show the grandbabies but they have so many other activities and after hour events for everyone!  This fall I want to camp with the critters along with the girls!! ooohhhh that just sounds fun and imagine all the unique animal noises and calls that one would hear during the evening! 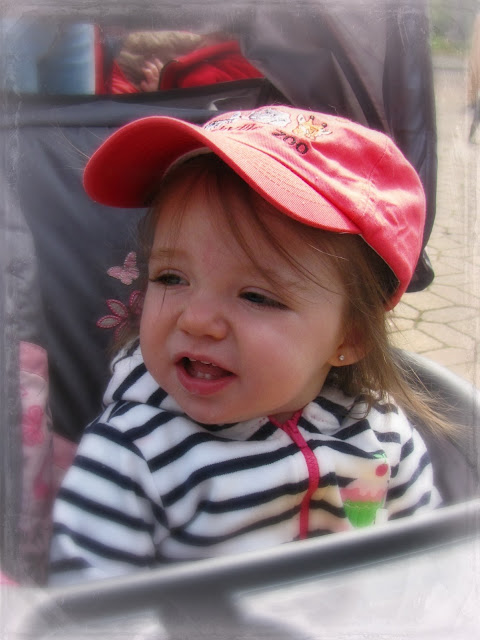 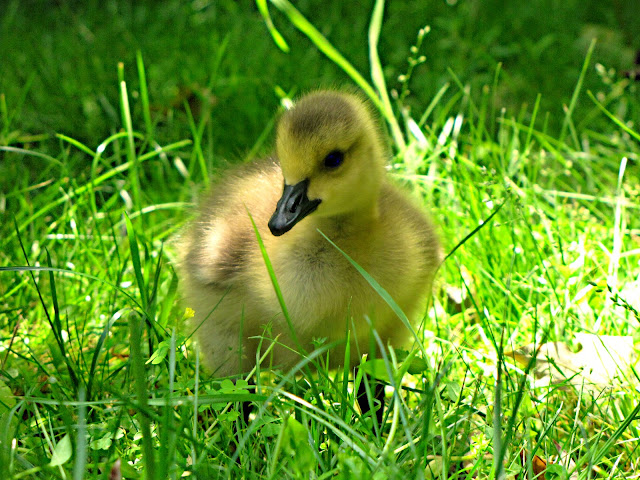 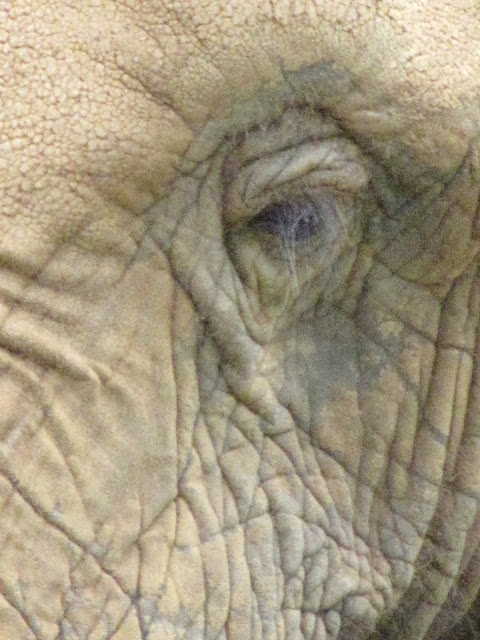 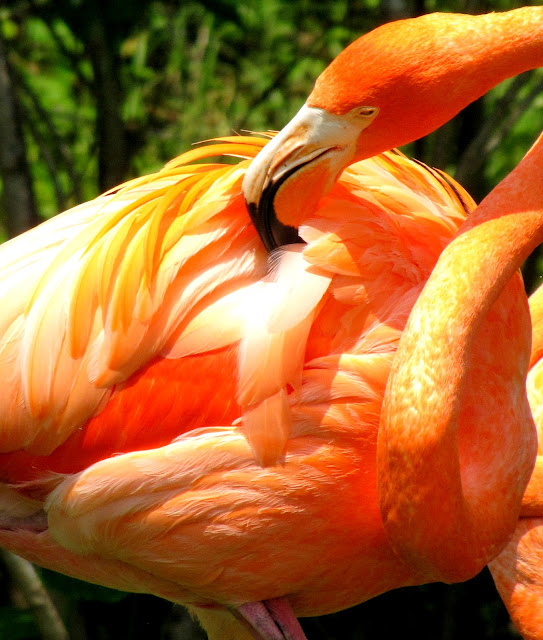 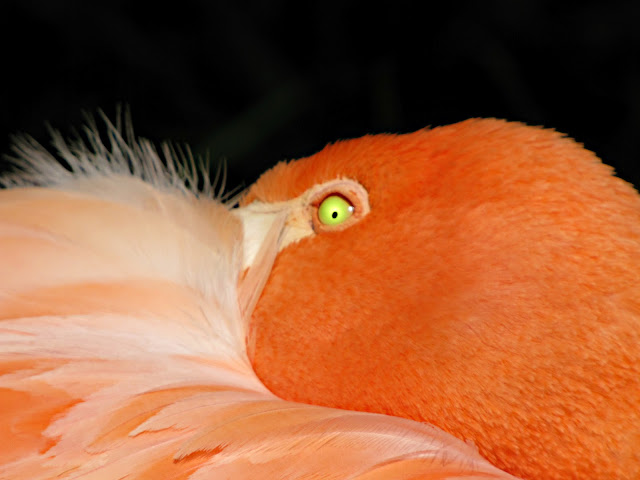 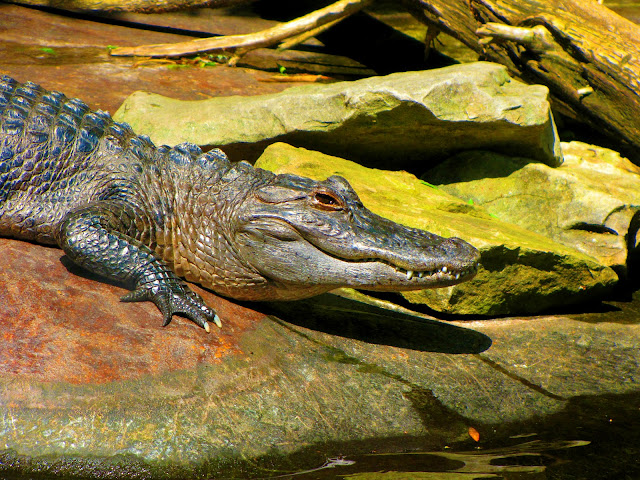 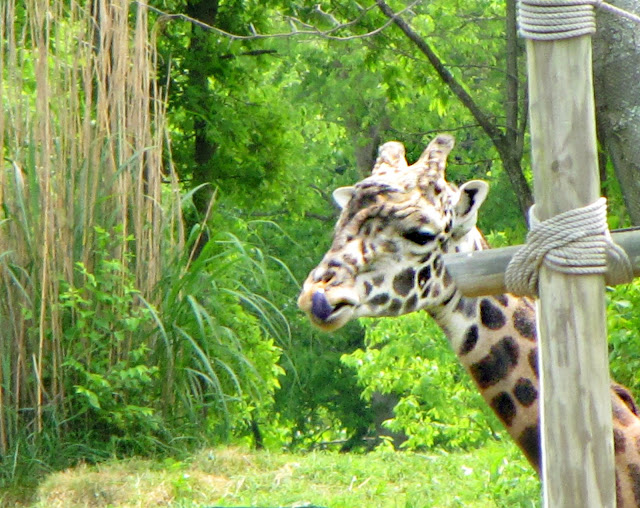 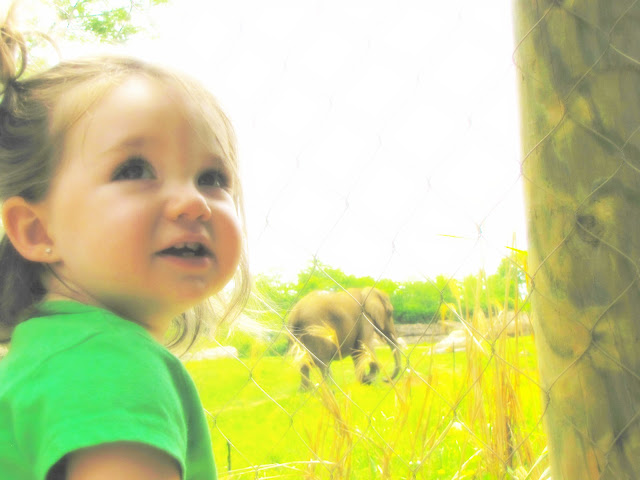 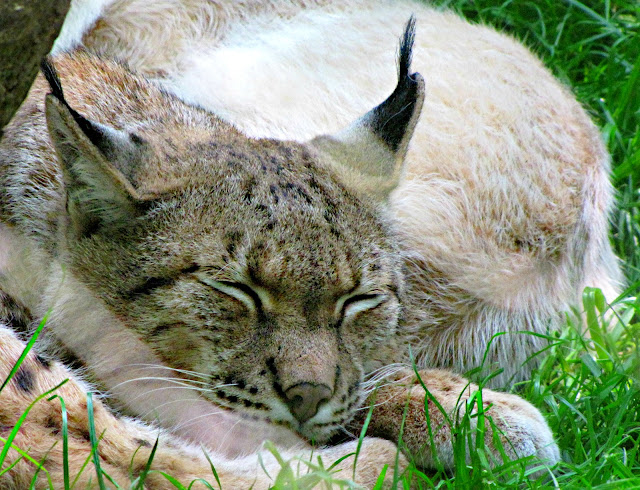 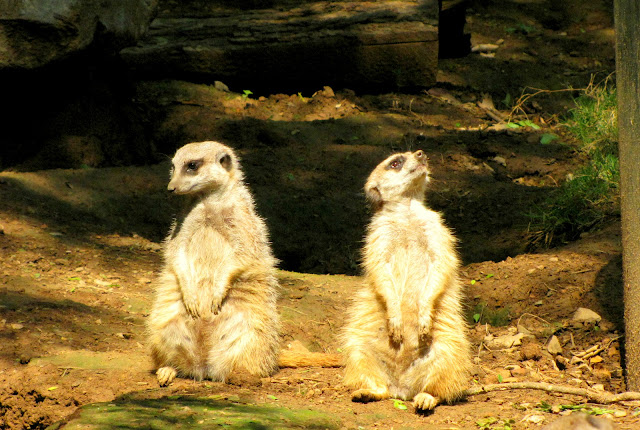 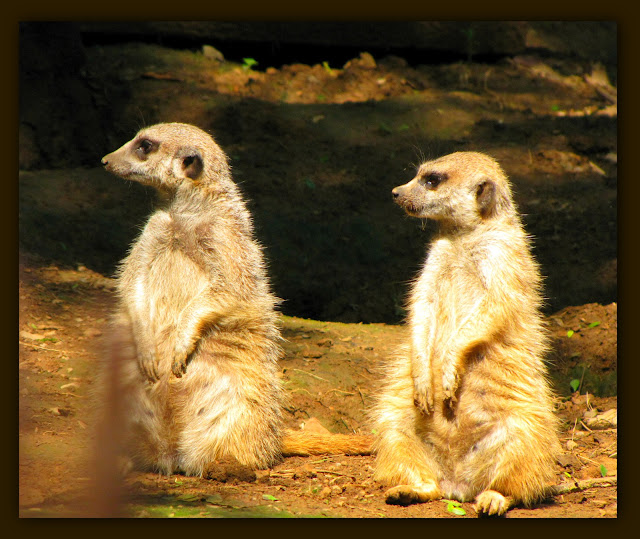 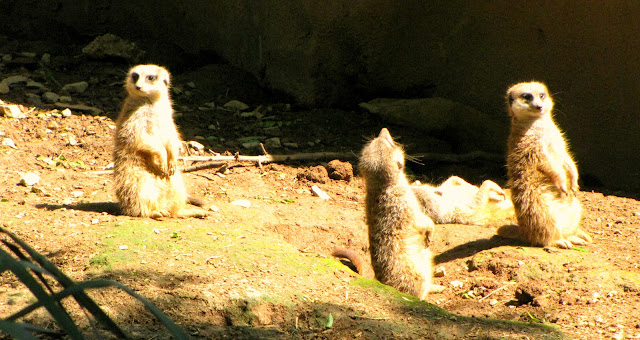 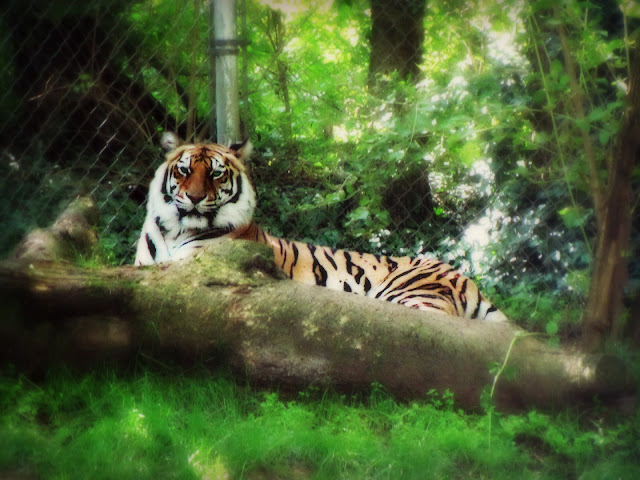 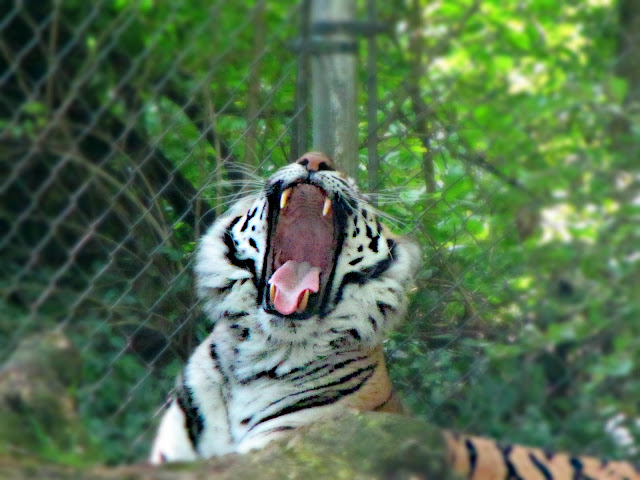 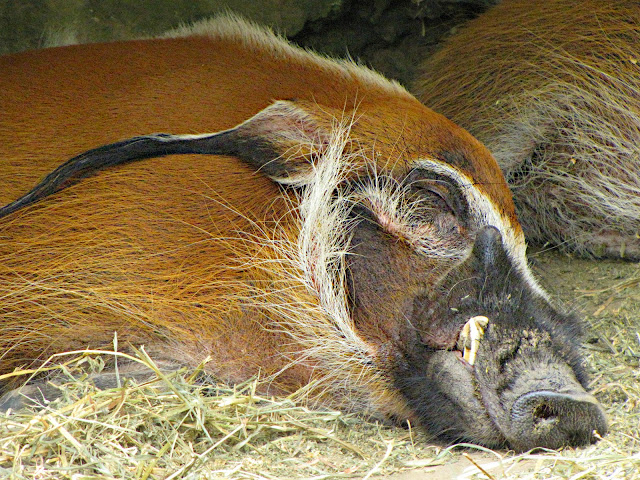 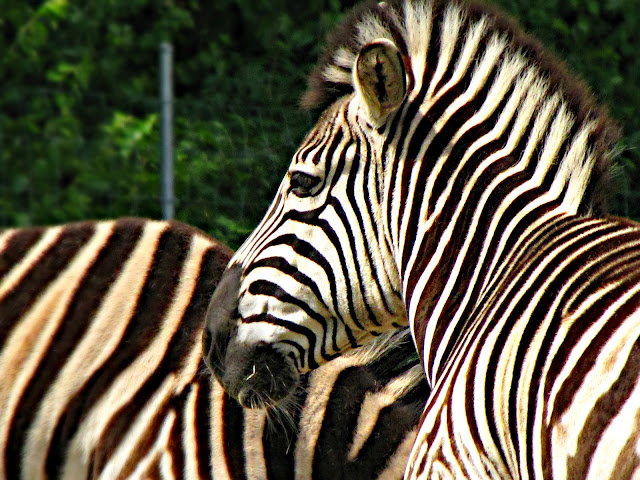 As I looked at these pictures and still so many more to load, I am reminded how we are all Gods creatures.  We each have our own markings, our own voices and thankfully we all come in different sizes and shapes!  I know I sound like a broken record saying over and over what a creative artist our God is...but it's true!  I get lost in thought when I think of what a ginormous task He had in creating the Heavens and the Earths...much less the task of creating mankind and then giving each of us our identity! How marvelous...How wonderful..and my soul shall ever sing!!  What an amazing God we serve!!
As you go about your day today remember to THANK GOD for your individuality...your uniqueness and your ability to serve HIM!
God Bless you! 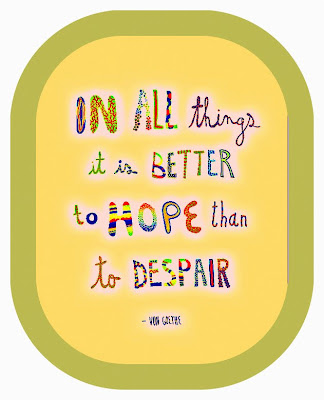 A Canvas A Day Winner – May 7th

Posted by admin on Tuesday, May 8, 2012 · Leave a Comment
It would be nearly impossible for us to pick a favorite day of our May contest so far, but we certainly received some breathtaking shots yesterday for our nature theme. From sunsets and sunrises to animals and water, it was nearly impossible for us to pick a winner.
However, this stunning photo REALLY caught our eye!
Congrats are in order for Bridgitte Tidweill Seiber who submitted this GORGEOUS shot!

CONGRATS to Bridgitte! Please email us at contests@canvaspeople.com to redeem details about your free canvas!
Also, be sure to check out the Honorable Mentions over on our Pinterest page!
Didn’t win today? That’s okay…there are still plenty of days left in our May contest. Get the full details here!

Did you know Your First Canvas is FREE!
Create Your Photo Canvas Now
HOW EXCITING IS THIS???   IT'S MY PHOTOGRAPH!!  PRAISE THE LORD!!  YIPPEE!

Some beauty in words!

I think this is beautiful! 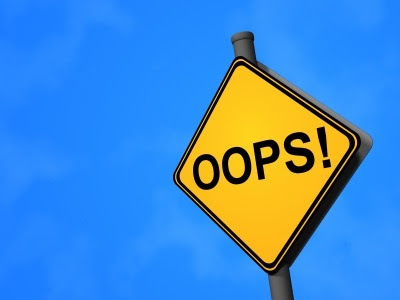 Can anyone please tell me how you get followers?  I've had many people contact me and state they couldn't "follow me" on the far right side when they would click.  I'm at a loss......any help would be greatly appreciated! please leave comments below!  thanks!!

Email ThisBlogThis!Share to TwitterShare to FacebookShare to Pinterest
Little stinker....she's held me at bay for months!
Snickering each time I would ask.
Until tonight!!
Her Mom and Dad both worked late shift so as we finished up dinner she began her ritual of showing Meme what a great right arm she has, by tossing her sippy cup!  Jersey's highchair has a cup holder and she knows all too well where and how to sit her cup very gently in it's specific location but on certain nights, like tonight, she decides we're going to play the age-old pick-up-and-drop game.
I proclaimed early on that we were learning our manners and MeMe would not allow her to do this and as I said, "young lady" ...welp....there went the toss and out of her mouth she said so sweetly, "Ohhhh MeMe!"  giggling the whole time!

Now tell me....how could I do ANYTHING but shriek with excitement?  Finally those two little syllables I have waited for 14 months to hear!  MEME....MEME!!!    I jumped up out of my seat, she began clapping her hands and my son Bret who was watching the Nashville Predators thought I'd lost it! The truth is I think I scared Bret to death!! lol

Immediately I grabbed the camera and to my luck the scan disc was full and in the computer downloading the lastest 1000+ photos.... I was so disappointed I wasn't going to capture this moment if she repeated it but Bret quickly came to the rescue.  As I had now taken her messy little self out of her highchair and started for the bath, Bret brought me a second camera to use.

Below are just a few moments of her repeating MEME over and over as I bathed her and then proceeded to dry her hair and go through her bedtime ritual.

Jersey MacMac (short for Mackenzie) you made this MeMe one very proud and happy lady tonight!  I'm so thrilled to have you each day and spend this time with you.  No one really understands how this precious little lady has helped Meme with her MS.  I had to give up my nursing career and never imagined that doing so would enable me getting to spend this time with you!  Just like my photography class said tonight...you can't capture the high times until you have gone through the low times!!  (Thanks Heidi!)
Tonight I'm grateful for the gift of speaking.  The gift of voice.  We often thank God for our hearing to hear what others are saying but I don't think I've ever thought about thanking Him for the VOICE that spoke those words!
....I was told as a young child in church that the words in red in the Holy Bible were the important words....well...tonight Jersey...your words were in red! 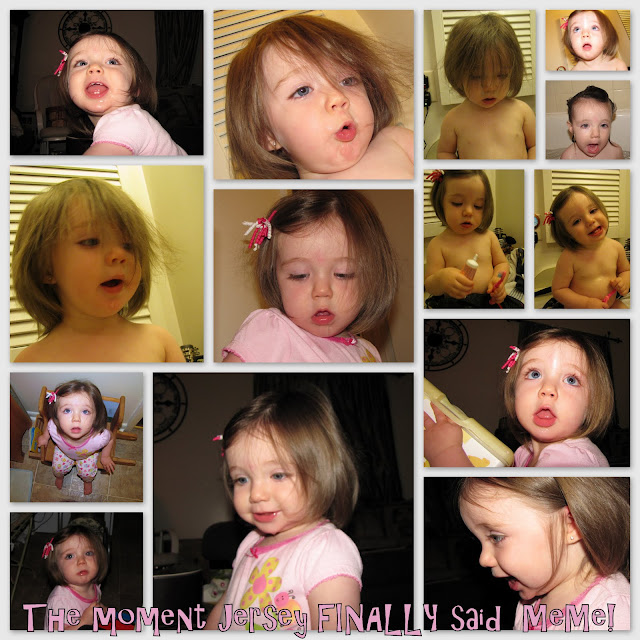 I have been so busy the last couple of days!!
I've been taking Oprah's Life-class.
WOW is it INSPIRATIONAL!!  I love her soul...just love it!
God is using this woman in so many ways! 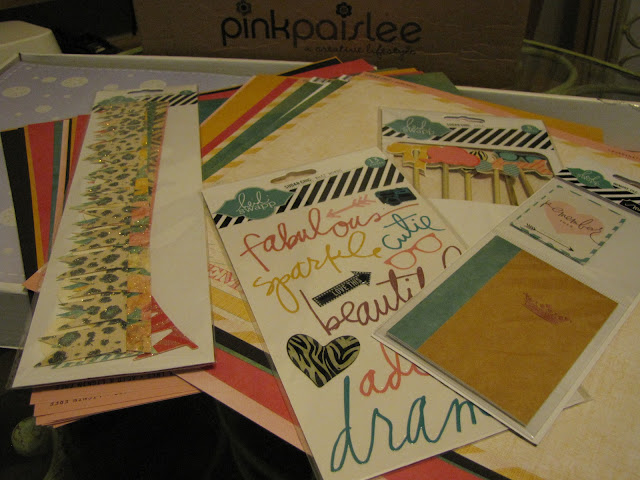 Yesterday my prize package arrived from Heidi Swapp.  Yippppeeeee!!  It's full of goodies to help me with my own life journal. I wanted to start creating but held off till my package came and WOW am I glad I did!!!
It's exciting too that so much of what I'm learning in her class with photography is going hand in hand with what we are learning in Oprah's Life-class!  Cool, eh!!
So between the photography classes (3) over at Big Picture Classes.com, Oprah's class, and keeping Miss Jersey-girl....I've been a wee bit busy.
It's just amazing to see how all this is coming together for my goal...
FLICK!!
?
What's FLICK?
You'll have to stay tuned to find out.  She's been in the works for over 4 years now!  I'm ready to breathe the final breath of life into her and let her spread her wings! (That was a hint)
ohhhh....and before I forget. Heidi recommends using  PersnicketyPrints.com and now I know why!  Go check them out!
If you use Instagram on your phone you can print these little babies off from this web site as well as 12 x 12 pages!!!  I'm thrilled she Heidi shared this as now I can print off those 1,000's of photos from my android~!
I gotta get busy! muaaach~

Dandelion Dream
with the breath I am so grateful for
I gently pucker my lips and blow....
even at the age of 48 it thrills me,  while giving me a gentle peace~
to watch those little parachutes from that perfectly round dandelion take flight
and allow that wind beneath them to begin their course....
I'm on my own spritual journey just as they are.
each day I wake with the beating of my heart and the opportunity to share my soul.
where will I travel.  whose life can I touch?
but more importantly who will make a difference in me.
my prayer is that I see the beauty in every moment.
that even if today brings about sorrow, I will seek out the joy and beauty, if only for a moment.
how will i live my parachute dream today?
where will the breath beneath my soul carry me?
open my eyes i do not want to miss a moment.
come,
celebrate life
and
embrace me life!
written after my Oprah life-class tonight
P.S. Oprah, Tony and to the rest of the panel...THANK YOU!