Just found this video....cannot believe where...

Duck feeding after the flood 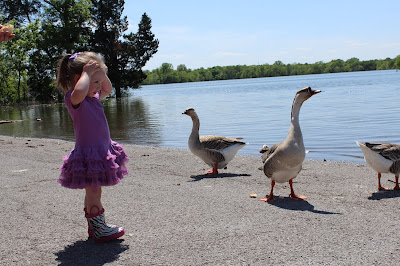 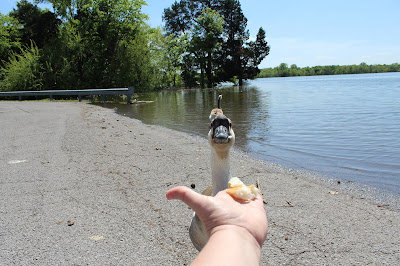 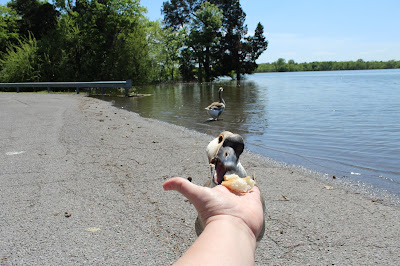 THAT was my finger and neither of us liked it!!! 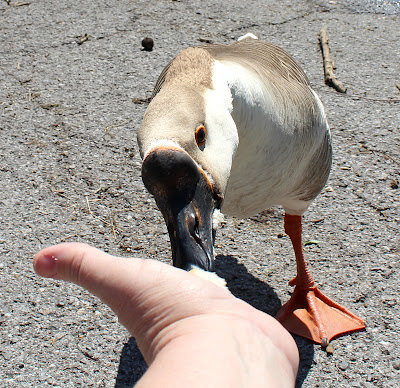 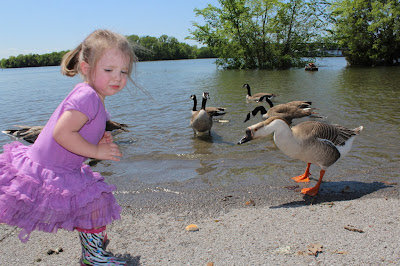 oh if blogs could talk....both of these had attitudes!!!
squak, squak, squakkkkk! 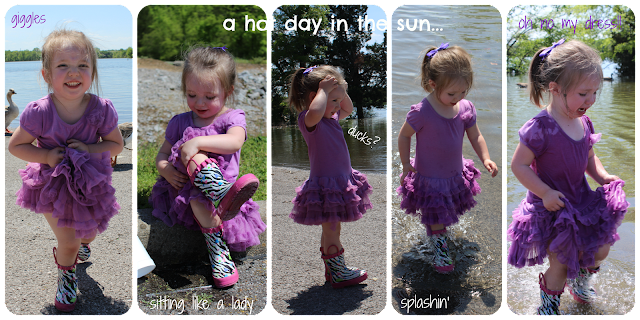 fun, tired and ready for a nap after falling down in the water!

Email ThisBlogThis!Share to TwitterShare to FacebookShare to Pinterest
IT'S OFFICIAL!!!  RANDI JO HAS GRADUATED!!!
We are SOOOOO PROUD OF YOU!!! 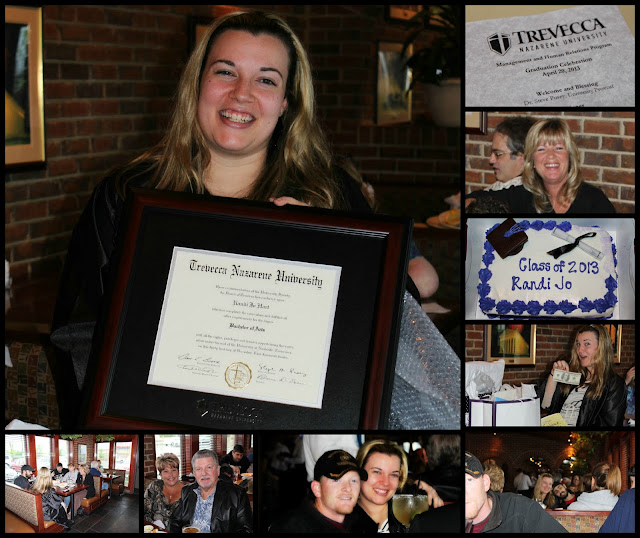 A collage of our intimate gathering of friends to surprise Randi!  The surprise was on us as she was the first one to arrive!!  For the first time in over 21 years the graduation ceremony at Trevecca University had to be held indoors due to the flash flooding in Nashville.  While this doesn't seem like a big deal....tell 800 graduates and their family/friends that!!  Randi was fortunately the second to walk across the stage in the first of three services held on Saturday, May 4th 2013.   Family and her closest friends met to surprise her afterwards at Cheddar's restaurant and share some time with her!  Her degree is a Bachlor of Arts and HR with a concentration on Healthcare.  She received her Nursing two years ago!  WAY TO GO GIRL!! 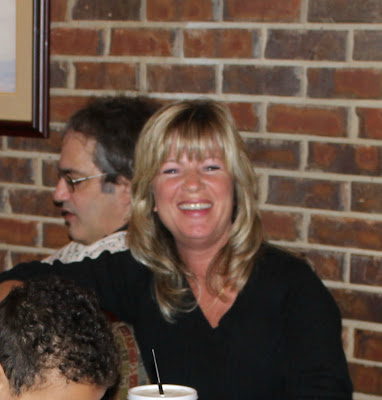 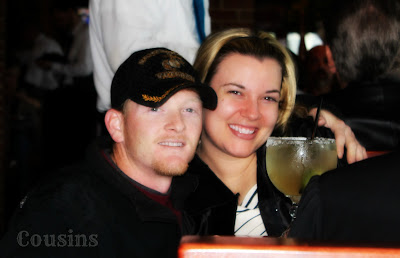 Bret and Randi, Cousins congratulating each other on their personal accomplishments! 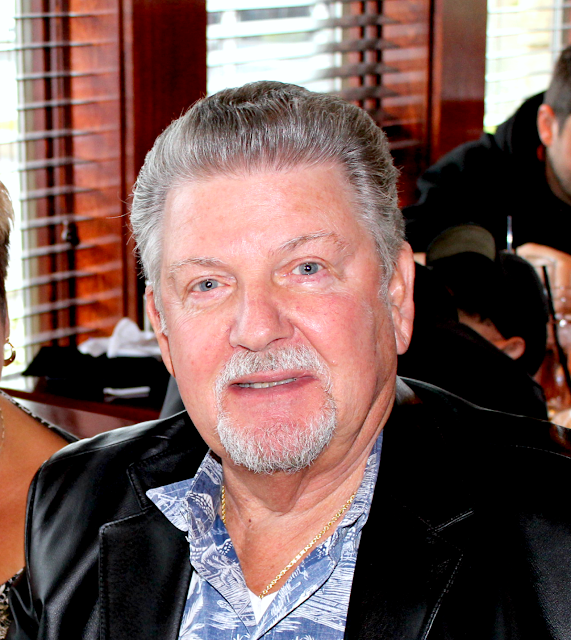 I LOVE LOVE LOVE this picture of my Daddy!!  He is, next to Connie, Randi's biggest supporter!

I'VE HAD IT WITH OBSCENITIES on TV and other things too.....

I'm struggling lately with a lot of things I'm seeing on television.  I guess it doesn't help that we get every possible channel as my son works for the local cable company.  It's just jaw-dropping to me that at 7pm in the evening I can see a shows preview and forgive me but I'm going to put it out there.  It plainly shows and tells the ways lesbian couples make love.  At first glance I thought it to be a joke of sorts and then realized they were serious. Or, how "Not YOUR 3 Stooges" or "Teen Sex 3" and "Family Matters, doing Mom"   .  sickening!
Before I continue I will state for the record:  My belief of a relationship is a man and woman.  It is not my place on this blog, nor in life to cast judgement on anyone or on their choice of lifestyle.  I am honored to have friends that have partners of the same sex.  Call them alternative, homosexual or whatever, my point is I love them.  I will continue to love them regardless of some life choices they make. My loving them does not mean I support all areas of their life.  More so, I personally believe that Jesus Christ loves each and every one of us, period.  I believe it's my responsibility to share with them God's true, never-ending, ever-forgiving love as well.  If I stand and judge, what love is that showing?
Now...back to my point.
I have children, grandchildren and even my parents that can see this stuff being advertised.  WHY...WHY must this be thrown in our face.  I don't want to see this any more than I want to see the different ways a man and woman have sex.  Must this be on TV so boldly?  Must it be on TV at all?  I know I'll have responses like, "It's cable", or "Turn the channel",  maybe even "This is the 21st Century".   I DON'T CARE.  My children, all children should not be exposed to this at any age.  Parents should be the ones to explain this stuff to kids and NOT because they inadveradly saw something on TV or on the computer.  I'm just appalled!
Some years ago Tipper Gore, then the wife of former Tennessee Senator Al Gore, took it upon herself to legislate for advisory's to be placed on CD's with vulgar and disrespectful lyrics.  People rolled their eyes at her.  As a parent years later with teens I made it a rule that we did not allow explict, sexual lyrics into our home.  I've also never allowed horror movies of any type to play or even enter our house.  These are just ways the devil enters our lives.  Call me a prude but that's okay.  It's not until years later that I realized that by allowing these words into our home that one day everything would be tolerated.  Welp, not in my home.  Yes, we are now password protected but not just from the kids.  I personally do not think these things are necessary in any way, form or fashion.

The thing is I do occasionally watch a movie or show on a premium channel and I believe the "Guide" itself should be censored.  Just a few weeks ago my granddaughter said, "Look, Meme,  Cinderella is on!"  as she strolled through the guide.  Friends....it was NOT the Cinderella we grew up with that they were showing previews for!  Is it fair that a child have such stuff thrown into their faces?  Let our children be children.  What are we as a nation doing or offering them by allowing them to see such?  What are we as a nation teaching them with this?  Why are we tempting our children and next generations with this garbage?

My heart wants to protect not just my granddaughters, but all children. I'm ashamed.  Ashamed and embarrassed!!

as for the "other" things I've had it with.....WHY...WHY do people have to post stuff on FACEBOOK using the F* word......spelling out GD and other obscenities?   Does it make them sound "BIG", "OLDER", "IMPORTANT"???  What??  Really....I want to know why we feel it is okay to spell out these things and say them?   Does this make you a "BAD" person....meaning all cool??  Quite frankly I think you must feel less of yourself and therefor for some reason in your brain...you feel that saying and spelling out these words makes you a BADA$$.  ???  I just don't get it.........shaking my head in disbelief!   DONT get me wrong....I wish I could say that one day my grandchildren could say they "never heard Meme say a bad word".....the truth is....I've  worked hard at not saying words ~ I just wish I had learned this much, much earlier in adulthood!  It is not right, I'm ashamed of having used them...but...I am older, wiser and have a better choice of words to use  without having to sound like a sailor doing so.   It blows....BLOWS my mind that the word $_ _ _ cannot be said on TV but every other word can be!!  Who decided that??  BUT...................WE CAN PUT CINDERELLA PLAYING WITH THE BOY NEXT DOOR COMPLETELY DISROBED ON TV AT 7PM!!!    Scary what the next generation will be doing and to think OUR generation as set the groundwork for it!  Pretty sad people....pretty sad!
***************************

Email ThisBlogThis!Share to TwitterShare to FacebookShare to Pinterest
MOTHER'S DAY IS APPROACHING!!

Much going on but a quick post for Mother's Day.  Jersey and I decided to grow her Mom a few flowers and the clincher is we started from seeds!  While it's been a joy the past week watching her "shhhhh" and tell her Mommy she has a surprise, she's also been checking them daily in the window and watering them.  It's adorable!  Yes, I'll bore you with a few pics documenting the process but ... just as a "precautionary" measure we came up with a backup gift!  lol   It's a VERY EASY SILLOUETTE that can be made in just a few minutes on the computer!

If you don't have a profile shot ... take one.  Best if there is a solid color (lighter or all one color) behind the head.
Upload the photo to your compter.  Open up the photo and click "edit".  I use Paint.net.com and it's free to download.  I have Photoshop but find it easier to do these quick things with Paint.net!
Click on CONTRAST or BRIGHTER/DARKER
Make it as dark as possible.  (I had to save mine, reopen and darken a second time)
Once it's as dark as you like it...hit the print button!

We cut ours out and pasted it on pink cardstock.
Let them sign their name and make sure to capture the year! 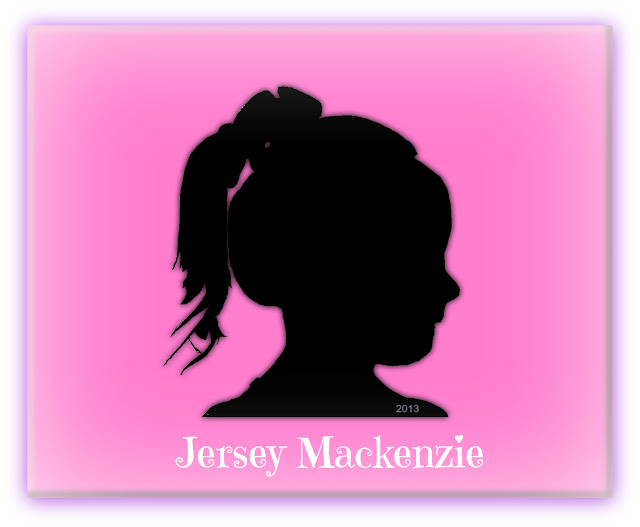 Here's where we are with our planted seeds.  Daisy's and Zinnia's.   Jersey also picked out a Butterfly "bookmarker" made of stainless steel for 1.00 at the local Dollar Tree to put in her planter. 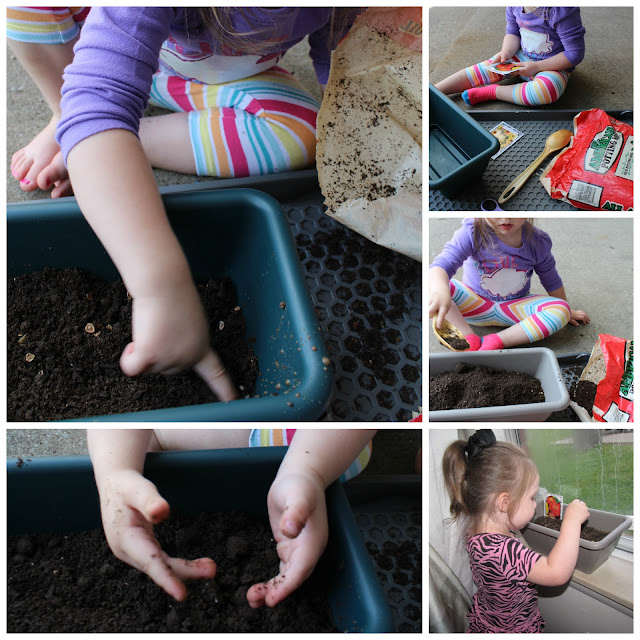